People say I’m too pessimistic about everything, including this weird and supposedly unexplainable thing we call: life. As this is my first article since I was 23 (almost 11 years ago) I don’t expect that reader’s reactions will diverge much from usual, attacking and calling me insane. It will be quite normal to face this sort of ‘problem’ which I don’t think it’s a problem, but a current challenge and that’s exactly what makes me more and more excited about discussing everything with everybody.

Although, I consider myself a realist person!

What I think about evolution, globalization, IT, future, etc?

Well, once there were tribes, then the jungle turned to cement (concrete jungles) and people started naming it society, then it got splintered into dictatorships, socialism, capitalism and every cult and creed created by man to mask the true will of the powers that be – in all their weird and wacky shapes and forms. But before all that, some true meaning, religion already existed? Faith, God, Saints, Devotion, etc (you don’t want to go to hell, right?). Was it all planned? Hold on! Are we still human beings? Why do we do all this? Is the very essence of what we see as our existence simply cultivated and controlled by the puppet strings of the incessant powers that be, starting with organized religion, governments and now media? Controlled itself by governments and organized religion from the bully pulpits and fresh print?

Yeah! The essence is still the same, the difference is that we use different tools. Before we used the chipped stone, but there was no fridge to store food in it. Today is Google X Facebook. What a mess!

Since inquisition, holocaust, 9/11, etc, only our behavior changed slightly, because in terms of evolution I don’t think too much went better. Yet with Vertebral Column disorders due to our bad posture, stomach problems due to our bad feeding habits we are still animals. What the heck! With all the information we already have from within and outside the walls of our environment (Earth), the universe and it’s majesty, isn’t it too much audacity still thinking that by convention and conditioning we think we are divine; when according to specialists, it’s still necessary about a million years for us to be completely adapted to the standing position.

Che Guevara, Zeitgeist, Venus Project, The Elders. Who’s right and who’s wrong? In life, just like Einstein said: “…it’s all relative…”. Each one can look at the perspective that turns out to be the most comfortable one. Thanks “God” all the bullshit we are capable of generating is effective only on earth for the time being, otherwise the Rings of Jupiter would have already turned into a Roller Coaster and the Sun would have become a huge Rave Party. (And be sure someone would be making a good money out of it)

I remember once my buddy’s father told me a story about the truth. “…When God decided to send the truth to the earth, instead of bringing it by himself he allowed some archangel to do it. Of course, as they were not as careful as the “All Mighty”, it felt and broke into zillion of pieces. So, after that, everyone who finds a small piece of it, thinks that he’s right, assuming that he’s telling the truth…”

That said, moving on to today with our “modern knowledge”, whenever you think about commenting, arguing and/or stating anything about Internet Revolution, Facebook, Google, Microsoft, Apple or Social Media Revolution, please notice that this is just a period, a phase, a step that this race (us) is on. Just accept that follow your instincts does not mean that you are doing the right thing because feelings are beautiful. It’s more convenient to say that you don’t want to interpret what the real thing is, don’t want to see and/or  understand the bigger picture and consequently are slowing down the evolutionary process. Your beliefs must not interfere in anything but your thoughts. If life was to be taken more rational, if crossing cause x consequence was not that hard to understand (or at least to try), maybe we could direct our ‘intelligence’ to speedier discovery the apparently unknown selfish gene that we all carry on.

Open your mind, shut your mouth, move your ass, help the weak people and adapt! 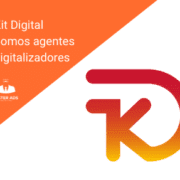 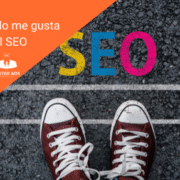 No me gusta el SEO 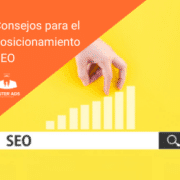 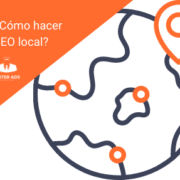